It is now proven, Globalist like George Soros and other leftist organizations are behind the intimidation and protests we see in the country today. Council on Foreign Relations organizers are paying people to protest and wreak havoc on Republicans. What is supposed to look like Americas disenchantment is backed by many left wing organizations.

Barack Obama on the stump talking about fear mongering and yet injecting fear mongering. What bothers me most about Obama is that for eight years anything that didn’t go his way he blamed Bush. Anything going right now he takes credit. He bashed Bush and now he bashes Trump. It is highly unusual for a past president to do this to a sitting one. Reagan never bashed Carter, Bush never bashed Clinton. Bush never bashed Obama, and yet here is “super nerd, Erkle look alike”, hammering Trump and having the balls to take credit for this great economy we have due to Trumps tax cuts and rollbacks of Obama’s restrictive, prohibitive regulations.

Hilary Clinton in her usual no nothing, no clue about what is going on yesterday compared Trump to Hitler and then said , “Yeah that’s what he wants”. This lady is so clueless it’s amazing she got to run for president twice. So far removed from the American people, so far removed as to how an economy runs, this dumbo is still trying to be relevant. Obama and Clinton should realize by now that the people do not want them, that there own candidates do not even want them to campaign for them. This should give them a clue, but it doesn’t. i don’t know, maybe they’re just stupid.

These supposed witnesses against Supreme Court nominee, Kavanagh are all getting cold feet. I guess maybe they are thinking twice about maybe lying in front of Congress? It seems odd that they are all coming forward now. it is equally odd that Stormy Daniels lawyer is defending one of them. I should say it is convenient and odd.

Bill Cosby only getting 5 to 10 for what he did? It is ridiculous that he gets only that amount of time. This scum bag drugged and raped like a serial person would. To only get this small of a sentence continues to show that America still cow tows to athletes and entertainers.

A top member of the anti-Trump ‘Resistance’ has been caught on camera admitting that he gets paid for his tweets by “higher ups” to “sow the division”.

Brian Krassenstein bills himself as “the co-founder of multiple tech-related news websites and blogs. He also is an investor, writer and social media personality.”

Along with his brother Ed, Krassenstein is a notorious anti-Trump troll, using his platform of 540,000 Twitter followers to bash the president on a daily basis.

Much mystery surrounds the brothers, with even far-left website Think Progress speculating whether they were “scam artists,” having once been subjected to a federal raid.

Krassenstein’s resistance activism might not be as grass roots as it appears on the surface. 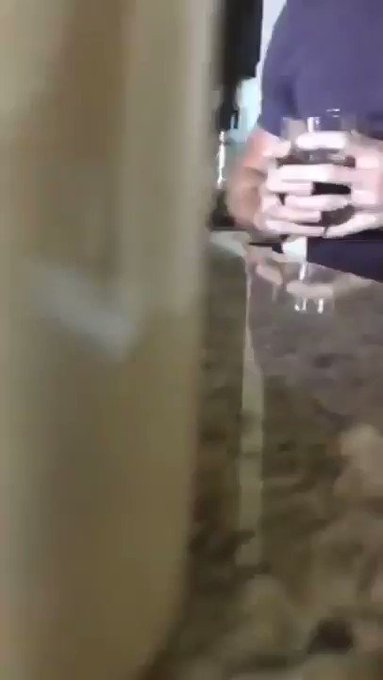 Brian @krassenstein admits to being paid for anti-Trump tweets in secret recording.

“Of course there are higher ups that are paying us. They want us to help sow the division and to take over Trump’s Twitter feed. When [Trump] makes a post they want our tweets to be up there.”

In a secret recording, Krassenstein admits that he is being paid for his tweets.

“Of course there are higher ups that are paying us. They want us to help sow the division and to take over Trump’s Twitter feed. When [Trump] makes a post they want our tweets to be up there,” says Krassenstein.

It is unknown when or where the recording took place.

Infowars reached out to Krassenstein for comment but have yet to receive a response.