Skip to content
Only Elvis, Michael Jackson, The Beatles and Paul Mc Cartney have sold more sold more albums than The Bee Gees. Barry Gibb was Knighted yesterday for his service to music and charity. Barry Gibb thanked his two brothers Maurice and Robin who he has survived. Andy Gibb also died several years ago.
The Bee Gees ushered in The Disco era back in 1975 with massive hits on “The Saturday Night ” soundtrack. The band and the brothers went on to compile album after album for years after that dynamic album. There falsetto style of singing is unmistakable, to this day are still considered one of the best bands ever to perform.
READ BELOW:

The only brother left of the Bee Gees pop superstar group was knighted by Prince Charles as Sir Barry Gibb, for his services to music and charity.

The only brother left of the Bee Gees pop superstar group was knighted by Prince Charles as Sir Barry Gibb, for his services to music and charity.

Check out this story on USATODAY.com: https://usat.ly/2txeTiT

A link has been sent to your friend’s email address.

A link has been posted to your Facebook feed. 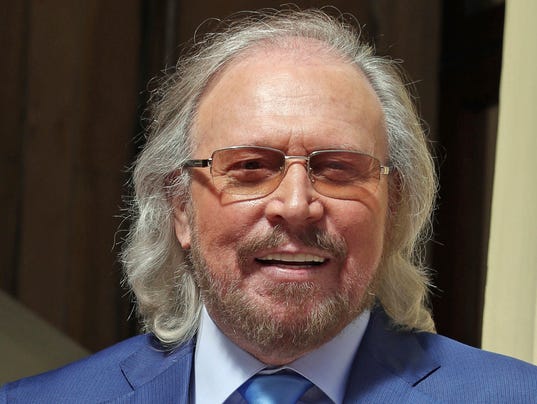 LONDON  — Bee Gee Barry Gibb was knighted at Buckingham Palace Tuesday, and says he hopes his late brothers Robin and Maurice are proud of him.

Gibb, 71, is the last surviving member of the fraternal trio whose falsetto harmonies and disco beats powered huge 1970s hits including “How Deep is Your Love,” “Tragedy” and ”Stayin’ Alive” from the soundtrack of smash-hit movie “Saturday Night Fever.”

Gibb paid tribute to them after he was knighted at the palace by Prince Charles, with the traditional sword-on-shoulder ceremony, for services to music and charity.

“If it was not for my brothers, I would not be here,” said Gibb, a singer, songwriter, musician and record producer. 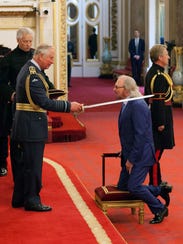 Gibb, who can now call himself Sir Barry, said the honor was “a bit surreal.” He said “it is a high award that your culture can give you and that is something I am enormously proud of.”

Earlier, Gibb was appointed a Commander of the Order of the British Empire (CBE) in the 2002 New Year Honors for services to music and entertainment.

The Gibb brothers were born on the Isle of Man, raised in Manchester, and formed the Bee Gees after they moved to Queensland, Australia, in 1960. By the time they returned to England in 1967, they were on their way to being superstars around the world.

A prolific songwriter who provided hits for numerous Australian stars, Gibb also stood out for his vocal range, including his signature high-pitched falsetto.

He wrote six consecutive Billboard Hot 100 number ones hits, a record he shares with John Lennon and Paul McCartney. Guinness World Records lists Gibb as the second most successful songwriter in history behind McCartney, who was knighted in 1997. 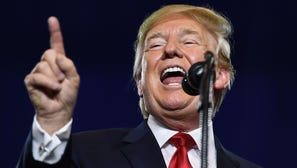 Cardi B confirms she secretly married Offset
usatoday.com
19 hours ago