The G-7 is quaking in there boots, America has a new leader, one who will not take crap from anybody, has America’s interest first and foremost. In the past we got played like violins, people like Barrack Hussein Obama was made to look like a Boy Scout when he went to negotiate, China treated him like a red headed stepchild, Putin ran rough shod over him.  Obama was clueless on how to run things, after all his greatest accomplishment was being a community organizer. Canada taxes us 270% on agriculture, why wouldn’t Trump try to retaliate? Do you really think Trudeau scares Trump? What about Merkle?  If we do not get other countries to trade fairly, we will always be on the wrong side of trade, a losing proposition. People like Christine Lagarde see a dark cloud because we now have a president that will not let this fly, other countries will have to come to the bargaining table with a businessman, so they better sharpen there pencils.

Trump has made more in roads then has his predecessor, Obama was loved by most of the G-7 people because he was both soft and naive when it came to negotiating and dealing with these countries. China told him that “we will deal with climate change as we see fit”, Obama could only sit there and take it. Putin laughed at Obama when Obama told Putin to “cut it out” in regards to Mid Term elections back in 14. Putin had absolutely no respect for Obama, in fact, he didn’t even like him as a person. Putin had more respect in our country then Obama did. It has a come full circle now, with a leader in Washington, countries just can’t pull the wool over our eyes any longer. The media, the G-7. China and the like try to scare us into believing trade wars, however, that’s not going to happen, the other countries need us to much.

“The clouds on the horizon that we have signaled about six months ago are getting darker by the day — and, I was going to say, by the weekend,” Lagarde said at a news conference in Berlin on Monday.

Her remarks follow a chaotic two-day meeting of the Group of Seven in which President Donald Trump shocked fellow leaders with his disregard for U.S. allies. After leaving the summit early, Trump tweeted he was pulling U.S. support from a joint statement and he accused the host, Canadian Prime Minister Justin Trudeau, of being weak and dishonest.

Other G-7 countries lobbied unsuccessfully at the summit for the U.S. to reverse new tariffs on imported steel and aluminum imports. Trump turned the tables by challenging world leaders to eliminate all trade barriers, tariffs and subsidies and he threatened to stop trading with them entirely.

Germany and France, who are also part of the G-7, criticized Trump for withdrawing his support, and were joined by the U.K. in reiterating their backing of the communique.

“The rising trade tensions that we see before us, they risk a major economic impact, undermining the strongest sustainable period of trade growth since the financial crisis,” Azevedo said at the Berlin meeting. “We must therefore stop this escalation of tensions. A tit-for-tat process is not going to be helpful. It’s not going to help anyone.”

Lagarde, who attended the summit in Quebec, didn’t mention Trump by name. Her warnings about the risks of protectionism have grown more pointed in recent weeks, as the Trump administration has imposed more tariffs and threatened others, including against China.

On Monday, she said the “biggest and darkest cloud” over the global economy is the risk of a deterioration of confidence “by attempts to challenge the way in which trade has been conducted, in which relationships have been handled, and the way in which multilateral organizations have been operating.”

The fund projects the global economy will grow 3.9 percent this year and next, the fastest pace since 2011. Beyond that horizon, it’s more pessimistic, predicting growth will weaken as central banks raise interest rates, U.S. fiscal stimulus fades and China’s gradual slowdown continues.

Asked about the U.S.’s backsliding into protectionist trade policies, Lagarde recalled comments from Supreme Court Justice Ruth Bader Ginsburg. “She was asked, after more than 50 years of marriage, what was the secret of her marriage? And she said this: It helps being a little bit deaf on occasions,” Lagarde said.

The International Monetary Fund, which has 189 member countries, was conceived during the Second World War to oversee the international monetary system and promote open-market policies that drive growth. The U.S. is the fund’s biggest shareholder.

Follow The Latest On The Global Economy On BloombergQuint
audio 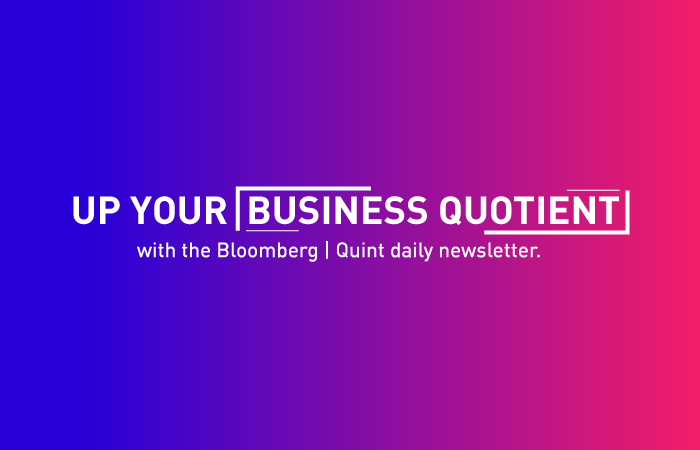