The usual’s are expected at this years Bilderberg Annual meeting. This year to be held in Italy, Christine LeGarade , Bill Gates, Warren Buffet, Henry Kissinger, Bill Clinton. People from all over the world who are rich and powerful, from Mexico, to Europe, they will all gather to discuss the New World Order, a Order to make it one world, based on socialism and have people more dependent on there governments.

It is no secret that these members are protested every where they go, they are hell bent on world domination, from the Rothchilds to the Rockefeller’s, they pore money into world dominance. Take Bill Gates for instance, he has poured millions into getting Africans to immigrate to Norway and Sweden. Both countries are over run with crime, welfare and a decreased quality of life. I find it difficult to believe his intentions are good and noble. He made his money, now he wants everyone else to have equal to each other in various countries, he wants a New World Order, free of boundaries, free of religion and all the while taking a persons freedoms as he mutilates there countries.

Kissinger is no different, a huge sponsor of opening the doors with China, through Nixon, we now have a deluge of cheap products and services. This has hurt our economy. Jeff Bazos will be there, his on line shopping has destroyed traditional stores, all the while he sends money to many socialist leaning organizations and prints rot in his Washington Post. He pays little taxes, hammers Trump in his paper and pushes New World Agendas in his wrag.  He favors homeless in Seattle but went nuts over the new tax being proposed in Washington that will have both he and his company paying more taxes.
Christine Lagarde will be promoting her socialist agenda like she did at the IMF when she was president. She, a left leaning socialist wants the EU to stay, against Brexit, and for social reform and regulations among bankers. Warren Buffet is no different, he wants Americans taxed at 90%! He says the country did better when we were taxed that high.
The New World Order must be stopped, it has been brought into the light lately, Alex Jones and others have exposed these people as nothing more then self serving people who want a one world order, the destruction of freedom and individual rights of the masses.
Read Below.
News › World › Europe

Bilderberg Group: What is the secretive gathering and are its members really plotting the New World Order?

Annual meeting of American and European elite attracts huge amount of suspicion and paranoia but is it really just an ‘occasional supper club’?

England vs Nigeria – LIVE: Latest updates from Wembley Stanley and Niemann share a two-shot lead at the Memorial

The secretive Bilderberg Group gathers for its annual meeting next week, which this year takes place in Turin, Italy.

A collective of elite North American and European politicians, business leaders, financiers and academics, the group has attracted a good deal of suspicion over the last half-century, with conspiracy theorists confidently asserting that its members are plotting the New World Order and are hell-bent on global domination.

Protesters who believe the Bilderbergers represent a “shadow world government” regularly picket their yearly meet-ups, creating a need for high security at all times, but attendees insist the group is simply a debating society taking place outside the glare of the political spotlight.

The group publishes its guest list the day before its annual get together – between 120 and 150 are invited by its steering committee – along with a list of the subjects they intend to discuss as a gesture towards transparency. This typically consists of broad issues like macroeconomic concerns, the threat of terrorism and cyber-security.

No minutes are taken, however, and the outcome of their discussions are not made public, hence the assumption that they are a sinister cabal of the rich and powerful with something to hide.

The Bilderberg Group take their name from the Hotel de Bilderberg in Oosterbeek, the Netherlands, where its members first convened on 29 May 1954 at the invitation of Prince Bernhard of Lippe-Biesterfeld.

So what exactly is discussed inside Bilderberg?

Its founders – including exiled Polish politician Jozef Retinger, ex-Belgian prime minister Paul van Zeeland and Paul Rijkens, former head of consumer goods giant Unilever – were concerned about a prevailing atmosphere of anti-American sentiment in post-war Europe in a moment when the US was enjoying a consumer boom while holding the fate of the recovering continent in its hands through the Marshall Plan.

The group hoped to revive a spirit of transatlantic brotherhood based on political, economic and military cooperation, necessary during the Cold War as the USSR tightened its iron grip on its eastern satellites.

Sixty-one delegates, including 11 Americans, from a total of 12 countries attended the inaugural conference, with candidates chosen to bring complimentary conservative and liberal points of view, future Labour leader Hugh Gaitskell among them. Its success meant subsequent meetings were held in France, Germany, Denmark before the first on American soil at St Simons Island in Georgia.

The Bilderberg Group’s primary goal has reportedly been expanded to take in a more all-encompassing endorsement of Western free market capitalism over the years, although the conspiracy theorists believe their agenda is either to impose pan-global fascism or totalitarian Marxism. They’re just not sure which.

Although members do not as a rule discuss what goes on within its conferences, Labour MP and onetime party deputy leader Denis Healey, a member of the steering committee for more than 30 years, did offer a clear statement of its intentions when quizzed by journalist Jon Ronson for his book Them in 2001.

“To say we were striving for a one-world government is exaggerated, but not wholly unfair,” he said. “Those of us in Bilderberg felt we couldn’t go on forever fighting one another for nothing and killing people and rendering millions homeless. So we felt that a single community throughout the world would be a good thing.”

Other notable British politicians to have accepted the group’s invitation include Conservatives Alec Douglas-Home and Peter Carrington – who chaired the committee between 1977 and 1980 and between 1990 and 1998 respectively – and Margaret Thatcher, David Owen, Tony Blair, Peter Mandelson, Ed Balls, Ken Clarke and George Osborne. Princes Philip and Charles have also been.

Alex Jones’s craziest theories, from the Illuminati to gay frogs

Henry Kissinger is a regular, while Helmut Kohl, Bill Clinton, Bill Gates, Christine Lagarde and Jose Manuel Barroso have all attended among the billionaires and executives from leading banks, corporations and defence industry bigwigs. Perhaps most surprisingly, Ryanair’s Michael O’Leary attended 2015’s event in Telfs-Buchen in the Austrian Tyrol.

Rather than a SPECTRE-like organisation reinforcing its interests by choosing presidents and controlling public opinion through the media, the Bilderberg Group is nothing more sinister than “an occasional supper club”, according to David Aaronovitch, author of Voodoo Histories (2009).

But even if the Bilderberg Group are not David Icke’s slavering lizard men in silk hoods, the idea that they might be grouped in with the Illuminati has provided a convenient cloaking device, says journalist Hannah Borno.

“Conspiracy theories have served the group quite well, because any serious scrutiny could be dismissed as hysterical and shrill,” she said. “But look at the participant list. These people have cleared days from their extremely busy schedules.”

American alt-right “shock jock” Alex Jones has been one of the loudest proponents of such theories, stating on air: “We know you are ruthless. We know you are evil. We respect your dark power”.

He appeared on Andrew Neil’s Sunday Politics show in 2013 to discuss the Bilderberg Group’s meeting at a hotel in Watford, ranting wildly about them as “puppeteers above the major parties” and insisting on their role in the founding of the EU. “A Nazi plan”, according to Mr Jones.

He has more recently attended protest camps, sent InfoWars pundit Owen Shroyer to try and invade their 2017 gathering in Chantilly, Virginia, and accused them of plotting to overthrow US president Donald Trump.

That might all sound alarming but is fairly mild by Mr Jones’s standards. He also believes Barack Obama and Hillary Clinton are demons and that the Pentagon has a secret “gay bomb”.

Please be respectful when making a comment and adhere to our Community Guidelines.

You can find our Community Guidelines in full here.

Enter your email to subscribe to new comments on this article.

Are you sure you want to submit this vote?

Are you sure you want to mark this comment as inappropriate?

Are you sure you want to delete this comment?

A Muslim millionaire who gave all his money to charity has passed away This student ordered takeaway just to get the delivery driver to help Bachelorette contestant apologises for liking hateful memes This teacher’s reaction to a sleeping student is going viral This woman’s boyfriend ate a KitKat the wrong way. People aren’t happy

Fort Lauderdale: how to shop and dine in style Ski Juwel Alpbachtal Wildschönau: a winter resort for the whole family Florida coast to coast: cycling and yoga in The Palm Beaches Discover luxury with a holiday in Dubai Indulge yourself in the Maldives 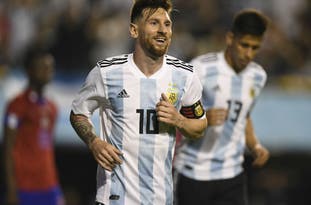 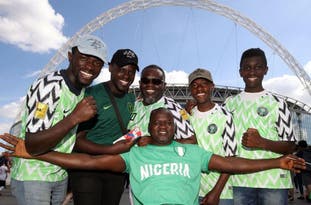 England vs Nigeria – LIVE: Latest updates from WembleyStanley and Niemann share a two-shot lead at the Memorial

The Independent and its partners use cookies and similar technology to collect and analyse information about the users of this website. We use this information to enhance the content, advertising and other services available on the site. Please click ‘I accept’ to consent to the use of this technology by The Independent and its partners. You can manage your preferences at any time by visiting our Cookies Notice.

Who are the Bilderberg Group and are they really the New World Order?

One thought on “New World Order Set To Meet In Italy.”