Super nerd Barack Obama is now going around America saying his presidency was scandal free. This is the same guy who blamed George W. Bush for all his problems, then turned around when the economy got better under Trump and said to America “your welcome”. Obama is delusional, for one let’s bring up the scandals, the first I believe was fast and furious where Eric Holder knew of the gun running in Mexico and where Americans died from those guns. The second was the IRS scandal in which the IRS would not grant conservative foundations nor clubs tax free status. Benghazi was a major lie and crime where Susan Rice, Hilary Clinton and Obama all lied about the video. It left four Americans dead as a result of the lack of  support from Clinton and the White House. It was a major blunder because the State Department knew of an imminent threat. The next scandal was having a Secretary of State use her own personal email server, one it was illegal and two it was stupid. Obama’s head of the DOJ, Loretta Lynch obstructed justice by meeting with Bill Clinton on a tarmac and further obstructed justice when she told Comey how to declare the investigation. Another faux pa was Comey making his decision before he had all the facts in the Hilary Clinton investigation. Obama was to quick to open the doors to Cuba, made a bad deal with Iran, from the bags of cash he gave them to the nuclear deal, both horrible.

For Obama to go around and make these claims shows he is both insecure as a person and delusional about his accomplishments. We had the weakest economic recovery since World War Two under his leadership. The economy never gained traction, gas prices hit $5 in some parts of the nation, his shovel ready initiative was a disaster. The “you didn’t build that” comment was beyond stupid. His infrastructure never materialized, health care was a total disaster with many health care companies pulling out of the Obama care plan. It left states reeling  as did the oil spill in New Orleans. When liberal Jim Carvelle  starts critizing Obama over the New Orleans nightmare it is time to really wonder about Obama’s leadership. Obama got pushed around daily by Putin, North Korea had no respect for him and Iran used and abused him as did China.  China did not even engage him at a climate summit, if you recall Obama went in and begged the Premier to sit with him. Obama was the only world leader not to show up in France when the newspaper got shot up, his absence resonated around the world. Guantanamo never closed and the EPA was the perpetrator of the Colorado River turning orange and Flint Michigan with the polluted water that was the result of the EPA not following up on what was years of complaints from residents there.

All in all, Barack Obama had a lot of scandals, not to mention he golfed more then any other presidents, and skirted his morning briefings. He was lazy, he was in it for the free vacations, his wife’s separate vacations with the family spending $18 million tax payer dollars every time they went away, at a time the nation was hurting financially. Obama knew that once he got out of office he would write books and do the lecture circuit.Obama was the perfect “Art of failing upward”, not a constitutional scholar at Harvard but a research person, a man charged by three different men of sexual harassment,(two at Harvard, one at the University of Chicago), he was really nothing more then a pot smoking community organizer. Obama racially divided this nation more then any other president and at the same time put minorities in a worse economic position then when he entered the white house.He was worse then Jimmy Carter, the worst president in my lifetime, both weak and ignorant, he should keep his mouth shut about the current president as Trump has done more in a little over a year then Obama did in eight years.

Popular in the Community 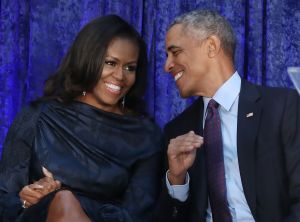 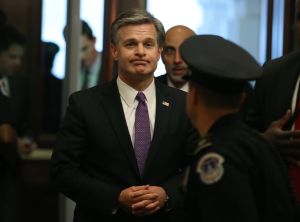 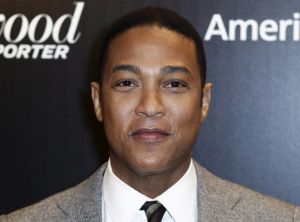 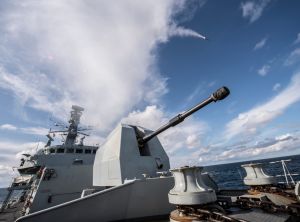 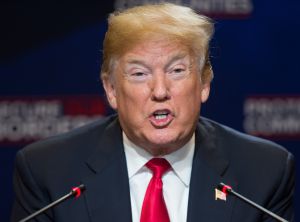 President Barack Obama took a light swing at his successor during a tech conference in Las Vegas on Wednesday. His eight years in office were scandal free, he told the audience.

“I didn’t have scandals, which seems like it shouldn’t be something you brag about,” Obama joked.

The reason his presidency was relatively controversy free, he said, was because he was accepting of bad news. “No one in my White House ever got in trouble for screwing up as long there wasn’t malicious intent behind it,” he said.

This isn’t the first time Obama has bragged about being scandal free. Earlier this year he told an audience that his administration “didn’t have a scandal that embarrassed us, I know that seems like a low bar.”

The former president’s foes would disagree with that analysis, pointing to the 2012 Benghazi attack, his failure to close Guantanamo Bay, an IRS plan to scrutinize tax-exempt political groups based on the particulars of their politics and problems with the Affordable Care Act website.

President Trump has had a string of high-profile controversies during his first year and a half in office, including possible collusion with Russia during the 2016 election, a hush payment of $130,000 to adult film star Stephanie Clifford (known as Stormy Daniels), issuing a travel ban on people from certain countries, firing FBI director James Comey, saying there were “very fine people on both sides” of the Charlottesville conflict, calling members of MS-13 “animals,” and more.

Obama also discussed his process for making difficult decisions while in the White House. “I used to describe the nature of the presidency as having to make decisions about issues that nobody else could solve or are basically insolvable or at least not perfectly solvable,” he said. “By definition, if a problem had an obvious solution to it, somebody else would have solved it before it got to me.” He described his time in the situation room and the capture of Osama bin Laden as examples of those decisions. He “was usually working on probabilities,” he explained “whether it was the bin Laden raid, or do we bail out Chrysler when it’s hugely unpopular and it’s not sure the auto company will make it, or, how do we approach dealing with Ebola?”

Former U.S. President Barack Obama and first lady Michelle Obama participate in the unveiling of their official portraits during a ceremony at the Smithsonian’s National Portrait Gallery. Mark Wilson/Getty Images

This article was first written by Newsweek

Popular in the Community